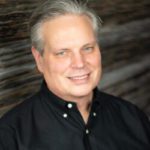 The Wilderness Center was shocked and saddened to learn of the sudden passing of TWC board member Tim Fritz. We send our heartfelt condolences to his family and friends, as well as the many community members whose lives he touched.

The Fritz family legacy stretches back to before the founding of The Wilderness Center in 1964, when Arnold Fritz, Tim’s father, and his Malone College colleague Dr. Charles King dreamt about creating a nature center in northeast Ohio. Arnold served the Center for many years in many capacities. During our first 10 years in operation, Arnold served as the President of the Board, guiding the Center’s growth and development. Arnold and Charlie started the education program the Center is best-known for today, leading many classes and hikes themselves.

Reflecting on the early days of his 32 years as executive director of TWC (1981- 2013), Gordon Maupin recalls sitting in the office reviewing mounting bills with TWC’s President, when Arnold tilted his head back and wistfully wished it was possible for the Center to run on solar power. It was that moment which inspired the dedication of the Arnold Fritz Solar Array in 2011, which Maupin considers a monument to the whole family.

“The Wilderness Center and everything it has become is really a testament Arnold’s passion and the support of the entire Fritz family, including Tim,” said Maupin.

As Arnold Fritz worked tirelessly to establish our fledgling nature center, his wife Jean, and sons Tim and Brian were frequently by his side. Tim quite literally grew up at TWC, coming along with his parents to participate in everything from maintenance projects, to programs, to fundraisers.

“Tim once told me that the one thing he really remembered about those early days was that his father had such a heart for The Wilderness Center.” Ken Schlegel, retired maintenance supervisor of 42 years, recalled.

Tim found that heart, too, stepping forward to take up his father’s mantle by joining the Board of Trustees of The Wilderness Center in 2018. Sadly he was able to serve only one term, as Tim suffered a heart attack and passed away suddenly on February 23,, 2021.

“The staff and board are deeply saddened by this loss and express our deepest condolences to Tim’s family,” said Executive Director Jeanne Gural. “We will forever remember the legacy of the Fritz family, and will work hard to make sure their dream will endure.”

Tim will be laid to rest beneath an oak tree in the Foxfield Preserve, forever remaining at the special place that meant so much to his family, and showing a love for our natural world even in his final act. Those who wish to pay their respects are invited to TWC on Saturday, March 20, from 2:00 – 4:00 p.m. The family will be in our Lakeview Shelter and visitors are asked to remain in their vehicles for a safe, drive-through open house.